Does diet affect the risk of developing type 1 diabetes? This has been discussed for decades, but what does the scientific literature actually say? To answer this question, we have reviewed and meta-analyzed results from all eligible Swedish and international studies on diet and the risk of type 1 diabetes. This is the first time such a systematic review and meta-analysis has been carried out.

In total, there were 96 eligible studies published until 2020. When the results were meta-analyzed, we found strong support (strength of evidence) that the risk of type 1 diabetes was lower in children who were breastfed for more than six months and who were introduced to gluten, cow's milk and fruit later (see figure). There was also support that children who consumed more cow's milk, meat and carbohydrates had an increased risk of developing type 1 diabetes, however, strength of evidence was low. 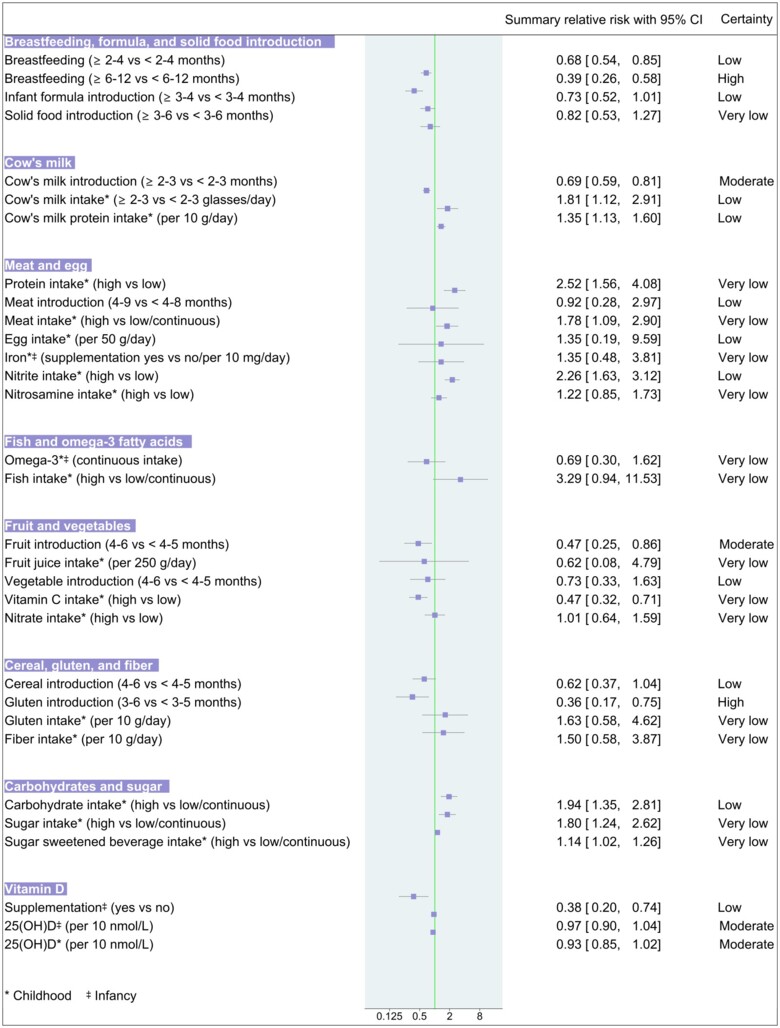 "Our study suggests that longer breastfeeding and later introduction of certain foods may reduce children's risk of type 1 diabetes. At the same time, it should be noted that type 1 diabetes is often triggered by a combination of genetic and environmental factors, and there is currently no known strategy to prevent the disease."

Anna-Maria Lampousi, PhD student and first author of the study

Several other dietary factors were associated with type 1 diabetes risk, but with high uncertainty, indicating that more studies are needed. The mother's diet during pregnancy did not seem to be related with the risk of type 1 diabetes in the offspring. Overall, the existing research suggests that diet during the first year of life may have an impact on children's risk of developing type 1 diabetes. However, the scientific knowledge is still limited and there is a great need for more, high-quality studies in this area.